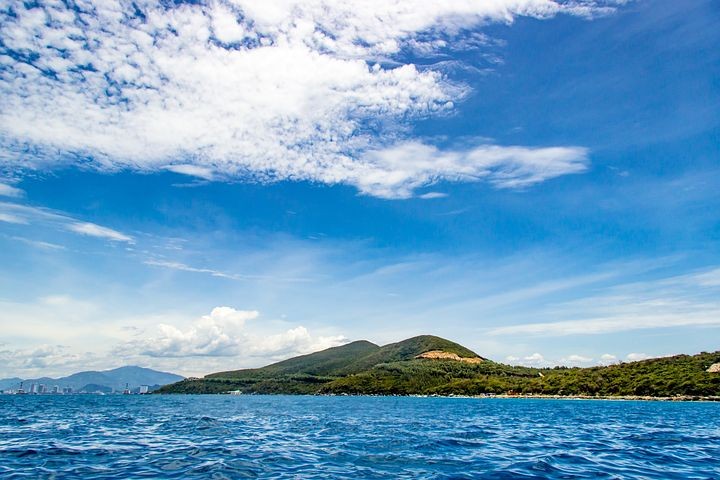 Blessed be the God and Father of our Lord Jesus Christ, who has blessed us in Christ with every spiritual blessing in the heavenly places, (Ephesians 1:3).

I once heard a preacher remark on the opening verse to his congregants, “Your mansion you’ve been waiting for is in the heavenly places. You simply have to pull it down by faith!” “That car you’ve been praying for has already been provided in the spiritual realm. All it takes is the faith to bring it into reality.” Extreme as it may sound, this example describes the way in which some interpret the phrase spiritual blessings in heavenly places. This approach is best described as eisegesis (reading one’s presupposed meaning into the text), as opposed to exegesis (looking for the meaning that the author intended). Somehow, every mention of “blessing” in the Bible is interpreted by some in materialistic terms only. Does this verse really speak to material blessings? In fact, not only does the immediate context disagree with such interpretation, it shows that those who read material connotations into this verse have a warped view of the Christian position.

Having concluded his preliminary salutation, in which he tells them how they are set apart (Saints) by their faith in the Lord Jesus Christ, and by Grace have received peace with God through the work that Christ has done on the cross, Paul now tells the Ephesians what is entitled to them (all spiritual blessings) as a result of this special relationship that they have with God. The nature of the blessing is such that the apostle cannot contain himself; and in typical fashion, he bursts into doxology, praising “the God and Father of our Lord Jesus Christ.”

This verse is part of a long, complex statement ending in the 14thverse. The beginning of the next verse “even as…” indicates that it is a continuation of the previous. In this passage, Paul describes the grand scheme of God’s salvation as carried out in Christ — beginning from eternity past with the choosing or election of the Saints, to eternity to come, when God will once more head up or re-unite all things under the rulership of Christ. As the details unfold, we get to realise that Christ’s redemptive work was aimed at undoing the effects of the fall of man, following the deception of Satan. Whereas the fall produced in man a dread of God’s presence, and a sense of guilt for his disobedience and rebellion, God’s elective Grace towards the Christian justifies him (declares him guiltless) through faith in the cleansing blood of Christ. Restored to the right relationship with God, he can once more walk before God in love (without neither fear nor guilt) — for perfect love casts out all fear (1John 4:18). Further, God adopts the believer into His family, according him the full rights of a son – including the gift of the Holy Spirit, who is a seal of God’s ownership and a foretaste of the inheritance that awaits the believer in heaven. Paul’s explanation for all of these is, “according to the riches of his grace, which he lavished on us, according to the riches of his grace.” (Ephesians 1:7b-8).

In our opening verse, Paul teaches us two very important lessons about the Christian.

The Blessings of the New Testament Believer

God is often described as the God of Abraham, Isaac and Jacob. Why does Paul seem to deviate from the norm in referring to God here as the God and Father of the Lord Jesus Christ? Our Lord Himself used a similar phrase when He encountered Mary Magdalene outside the tomb after His resurrection.

Jesus said to her, “Do not cling to me, for I have not yet ascended to the Father; but go to my brothers and say to them, ’I am ascending to my Father and your Father, to my God and your God’” (John 20:17) – as if to say, from now on, God the Father is your Father in every respect as he is my Father. Because of the work Christ has done for His Church, the believer is now in a special relationship with the Father. We are adopted into God’s family, in which Jesus is the firstborn among many brothers (Romans 8:29).

For he who sanctifies and those who are sanctified all have one source. That is why he is not ashamed to call them brothers, saying, “I will tell of your name to my brothers…” (Hebrews 2: 11-12a)

This is another way in which Paul drives home the point that the believer derives his identity entirely in the Lord Jesus. All these spiritual blessings come to the believer in and through Christ. They are spiritual in that they are applied to the believer through the agency of the Holy Spirit.

The Christian’s Faith is Other-Worldly

The Christian faith is plainly, other-worldly. In other words, a Christian is one who contemplates the world to come. The old hymnist wrote,

This worldview is what characterised the heroes of faith as noted by the author of the letter to the Hebrews: “These all died in faith, not having received the things promised, but having seen them and greeted them from afar, and having acknowledged that they were strangers and exiles on the earth. For people who speak thus make it clear that they are seeking a homeland. If they had been thinking of that land from which they had gone out, they would have had opportunity to return. But as it is, they desire a better country, that is, a heavenly one. Therefore, God is not ashamed to be called their God, for he has prepared for them a city.” (Hebrews 11:13-16). This mind-set was what empowered the early Church to be effective in their witness in the midst of sufferings and persecutions. In a sense, the Church today has become ineffective in its witness because we have lost this other-worldly consciousness. C. S. Lewis remarks,

If you read history you will find that the Christians who did most for the present world were precisely those who thought most of the next. It is since Christians have largely ceased to think of the other world that they have become so ineffective in this.

Whether rich or poor, in health or in sickness, the New Testament believer’s joy is untainted because he’s got his eyes on the city whose builder and maker is God (Hebrews 11:9-10). Isn’t it a travesty that today a Christian’s blessings are measured by the material things they possess?